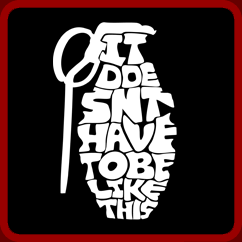 JROTC AND OTHER MILITARY CADET PROGRAMS

All branches of the military support Junior Reserve Officer Training Corps (JROTC) programs in high schools across the country.  A far smaller number of middle schools have similar programs.  In 2013-14, Aim Higher was instrumental in building a community coalition to stop the creation of a military cadet magnet program at a JCPS middle school.  It would have been the first such program in Jefferson County, and would have set a bad precedent by institutionalizing military training for 11-13 year-olds, while taking class time away from academic course work needed for success in the civilian world.

During that effort, we also learned more about the dozen JROTC programs in JCPS high schools, typically found in schools with higher concentrations of minority and low-income students.   JROTC programs require drill, uniforms, military discipline, and study about military topics.  All of this cuts into class time otherwise spent improving a student’s academic achievement.

Does JROTC actually help most cadets improve their academic performance? No.  In fact, students in JROTC with persistently low achievement or behavior issues can be, and are, dismissed from the program.  Contrary to what JROTC instructors may say to parents of prospective cadets, JCPS’ own data show that the academic performance of JCPS JROTC cadets is no higher than for non-cadets.

Know a student who is considering joining a cadet program at JCPS? CLICK HERE for more reasons to stick to a JCPS college or Five Star career program track.

BACK TO Aim Higher HOME PAGE

BACK TO FOR Louisville HOME PAGE

Want to write an article for FORsooth?
We are seeking articles on local (and national) progressive issues and activism. Articles under 1000 words are best.
Send your article to Mark Meade at futurelessvivid@letterboxes.org

Please consider making a donation to support the mission of FOR.
Click here for details